TheEster Rachel Kamińska and Ida Kamińska State Jewish Theateris a state theater in Warsaw. It was named after the Theatre's founder and patron Ester Rachel and her daughter Ida Kaminska.
This ist the only Jewish Theatre in Poland and one of the two permanent theaters in Europe, showcasting performances in Yiddish. Since July 2012, in accordance with the statute operates there also the Theatre Center for Yiddish Culture. 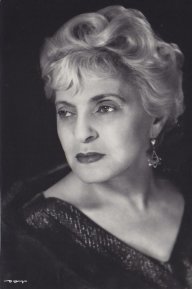 The Jewish Theatre of Ester Rachel and Ida Kaminska was founded in 1950 by the merger of two teams:
the Jewish Theatre of Lower Silesia in Wroclaw and Lodz Jewish Theatre. In subsequent years, the theater was active in both of these cities, and made guest appearances throughout the country. In 1955, at the initiative of Ida Kaminska the theater moved to Warsaw, to a non-existent today, building on the Royal 13. In 1968, a large group of actors, including the previous director and artistic director Ida Kaminska, as a result of the March events, left Poland. For a year was Julius Berger the new theater director.

The president of the theatre from 1969 to 2014 was Szymon Szurmiej. The renowned actor, director, manager of the Jewish Theatre in Warsaw, former deputy to the Polish Sejm, the Member of the World Jewish Congress. Since July 2004, he has been an honorary citizen of Warsaw. He died on the 16th of July 2014.

In her speech, Małgorzata Omilanowska, Minister of Culture and National Heritage, said:
“We are saying goodbye to a legend of Polish culture: a man whose entire life was a proof of the great importance of nourishing tradition; a man who had been through hell but maintained his sense of humor and joy of living. Szymon Szurmiej was, first and foremost, a great guardian of the Jewish culture. He was aware that the Polish culture would not be what it is today without the contribution of the Jewish community. We owe him very much.”
Zvi Rav-Ner, Israeli ambassador to Poland, read out a letter of the President of Israel, Shimon Peres, addressed to the widow, Gołda Tencer:
“Szymon Szurmiej was not only a friend but a one-man institution. It’s impossible to describe his unique influence on Jewish culture. He left a precious and important legacy, and you will now be its keeper.”
Szymon Szurmiej was buried in the Alley of the Meritorious in the Military Powązki Cemetery in Warsaw.
Author: Krzysztof BielawskiLastfarewelltoSzymon Szurmiej- Virtual Shtetl
http://www.sztetl.org.pl/en/cms/news/423
In 1970, the theater moved to a new building at Grzybowski Square.
Three trends met und interwined the repertoire of this theater. The first one is the classic Yiddish literature and theater of such authors as Salomon Ettinger, Abraham Goldfaden, Jacob Gordin, Sholem Aleichem, Yitzhak Leib Peretz, Simon An-ski, P. Hirschbein Peretz, Sholem Asch.

The second trend is the art outside the canon of Yiddish literature,taking Jewish themes, including Arthur Miller, Isaac Babel, Ilya Ehrenburg. The third trend is a revue and cabaret performances. The theater cultivates the creativity of great Jewish drama. Its repertoire features the best works by Abraham Goldfaden, Mendele -Moykher Sforim, Sholom Aleichem, Isaac Leib Peretz and Jacob Gordin.

Gołda Tencer, a famous actress and a renowned Jewish song interpreteur, engaged in the work of the Centger of Yiddish Culture in Warsaw and the organizer of the Warsaw Singer Festival is also the director of this world famous Jewish theater. 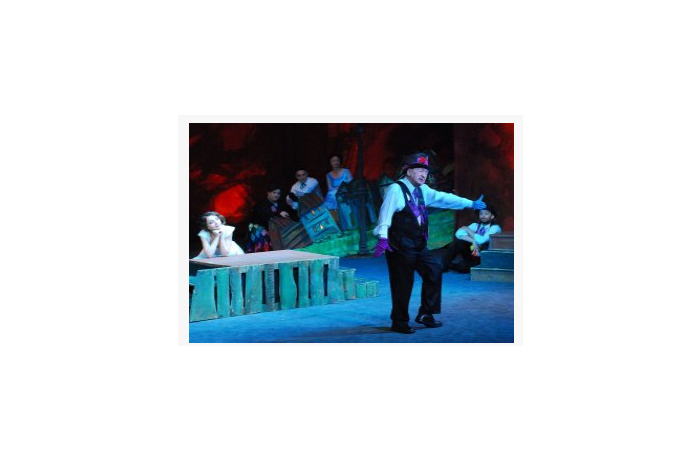